Understanding Squid Proxy And VPN And How It Works 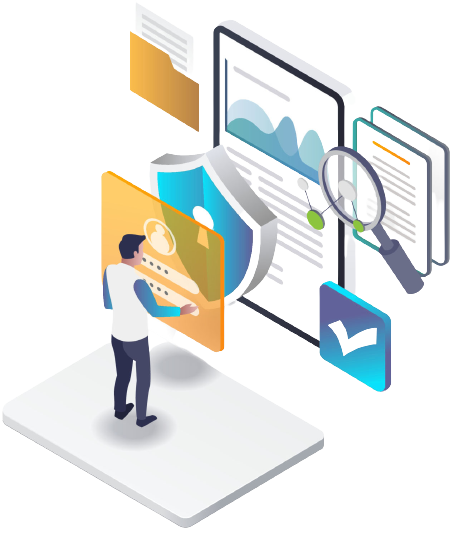 Understanding Squid Proxy And VPN And How It Works

At this time using an advanced security mechanism has become a necessity. Whenever we talk about privacy, it is not uncommon to talk about services such as VPN, Squid Proxy and so on. Without a doubt, many people know about VPN and proxy that protect you like someone you don't know and increase your privacy in the digital world. Broadly speaking, these two services connect you to a remote computer. But between VPN and Proxy, there are differences in the way things work.

The definition of Squid Proxy comes from two words namely Squid is a software that can run the Squid function on a Linux machine, if the Windows system can perform proxy functions, for example, WinRoute, win proxy, free proxy squid, Wingate etc. Squid is a stable server application with high performance, also free or free because it is open-source software, and is a flexible web proxy application for use as a web cache. In general, the function or usability of Squid can be divided into two important functions, namely:

Squid server stores and provides web pages (Objects) that the client requests from the local storage media (Local disc) after a first request for the web page (Object) is fulfilled, so that the same request for the next web page is not necessarily taken directly to the website server but can be taken from the web page (Object) that has been stored on the local disk. This is often called the "caching" function and is called the web cache.

Difference Between Squid Proxy And VPN

Squid Proxy, which can also be called a proxy server, is a special server that works as an intermediary between your device and the website or service. You can liken it as a website filter that is applied to the browser you are using. Let's say your PC is connected to a proxy server. This will appear as if your browsing activity is coming from a proxy IP address and not from your PC's IP. You can easily set a proxy in your browser or OS. You can also determine which website addresses need to be accessed through a proxy server when visiting certain web addresses. A proxy server does not encrypt internet traffic, so your communication on the internet remains open and unencrypted. By using the right tools and skills, a hacker can still track you down. That is why proxies are not recommended for tasks intended for a high level of privacy. Compared to VPN, proxy server services are cheaper in terms of price. Another thing is the Squid proxy connection is configured on a program to program basis. So you can't completely configure your program to connect using a proxy. If you are thinking of directing all your internet connections, then a proxy server is not a good idea.

Before we talk about the difference, the author wants to let you know that Best VPN has a similarity with a proxy server. As with proxies, VPNs make your website traffic look like it's from a remote location (not your real location). So you can use Free VPN to bypass restrictions based on regional and ISP. Indeed there are quite a lot of similarities between VPN and Proxy. Being one step ahead, VPN makes your internet traffic 100% through a VPN server. This works by changing the local ISP routing for all programs. This means that unlike proxies, VPNs will hide browsing, email, downloading and so on at the same time. Speaking of security, Using Best VPN will encrypt all internet traffic and paths that pass through the VPN server. You can take advantage of free VPN because the features offered by VPN services are often more expensive than proxy server services but with more security than a proxy.

How It Works Squid Proxy

Proxy or also called Squid proxy is a program developed in the Linux world that works effectively managing temporary files. The way it works is the same as Squid on Linux, which is by automatically saving all the files we download when accessing the site in a temporary file called cache. There all content, addresses, text, images and web pages are stored.

When we access the site for the first time, Squid will automatically save it and create a shadow link so that when the same page is opened for the second time, the browser does not directly download from the original site. But downloading from the Squid cache which incidentally is on PC / LAN. So that web pages will open faster. If we often open the same page, the process will be much faster the second time and so on. Now we see, how much is the bandwidth calculation. A page of 500KB contains simple web pages and various images. Free ProxySquid will only download the HTML code and filter all the information contained in it. If in this screening all supporting data (Images, scripts, files) are already in the cache, your bandwidth will not be greater than 100Kb or even smaller. Let's just say we refreshed 10 times so the results obtained are 100KB x 10 = 2MB only. With the Squid Proxy List, you can save bandwidth to 1/5 even smaller. Especially for those who use the internet from smart who don't get a lot of signals.